The first ICPC North America Championship (ICPC NAC 2020) took place February 19–23, 2020. The top teams from the ICPC North America Regional Contests advanced to the ICPC NAC in Atlanta, Georgia, hosted by the College of Computing at the Georgia Institute of Technology.

JetBrains was proud to be a Gold Sponsor of the event. We were also honored to receive an ICPC North America Outstanding Community Leadership Award for our three-year commitment to their North America Regional Contests, participation in the ICPC World Finals, and service as the official ICPC Global Programming Tools Sponsor. JetBrains was also recognized for our commitment to helping ICPC Global advance the art, science, and sport of programming through trustworthy competitions for universities all over the world for the benefit of society. 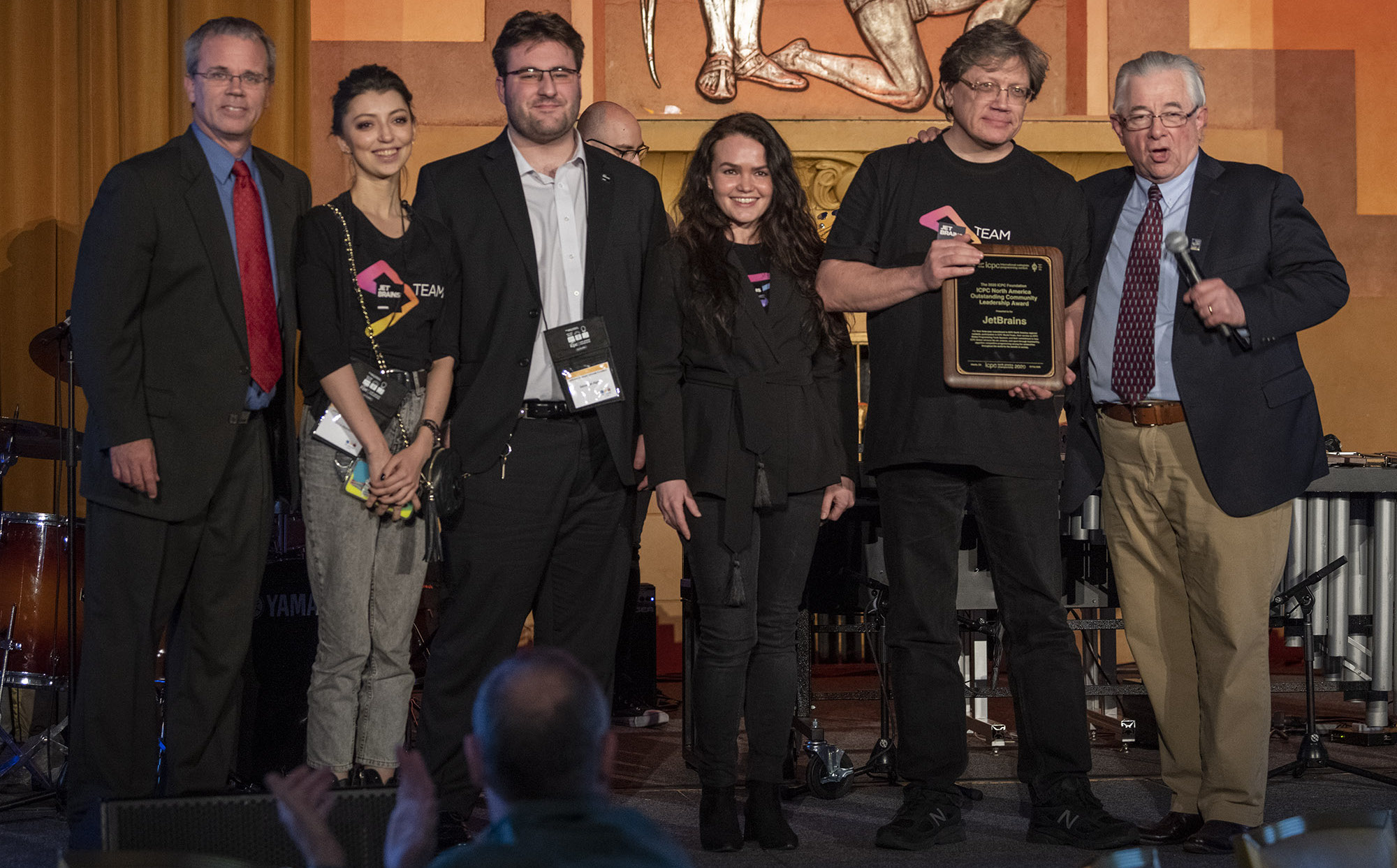 JetBrains was represented by members of the Educational Products and Kotlin teams, along with Andrey Ivanov, SVP of Investments, Research, and Education. We participated in different activities related to the event, and we also had a booth at the Career Fair, where we had an opportunity to speak with contestants and their coaches about best practices and tools in computer science and to discuss our open internship positions. Sebastian Aigner, JetBrains Developer Advocate in Education, gave a talk for the coaches about our Educational Products and JetBrains Academy, a hands-on platform for learning programming. 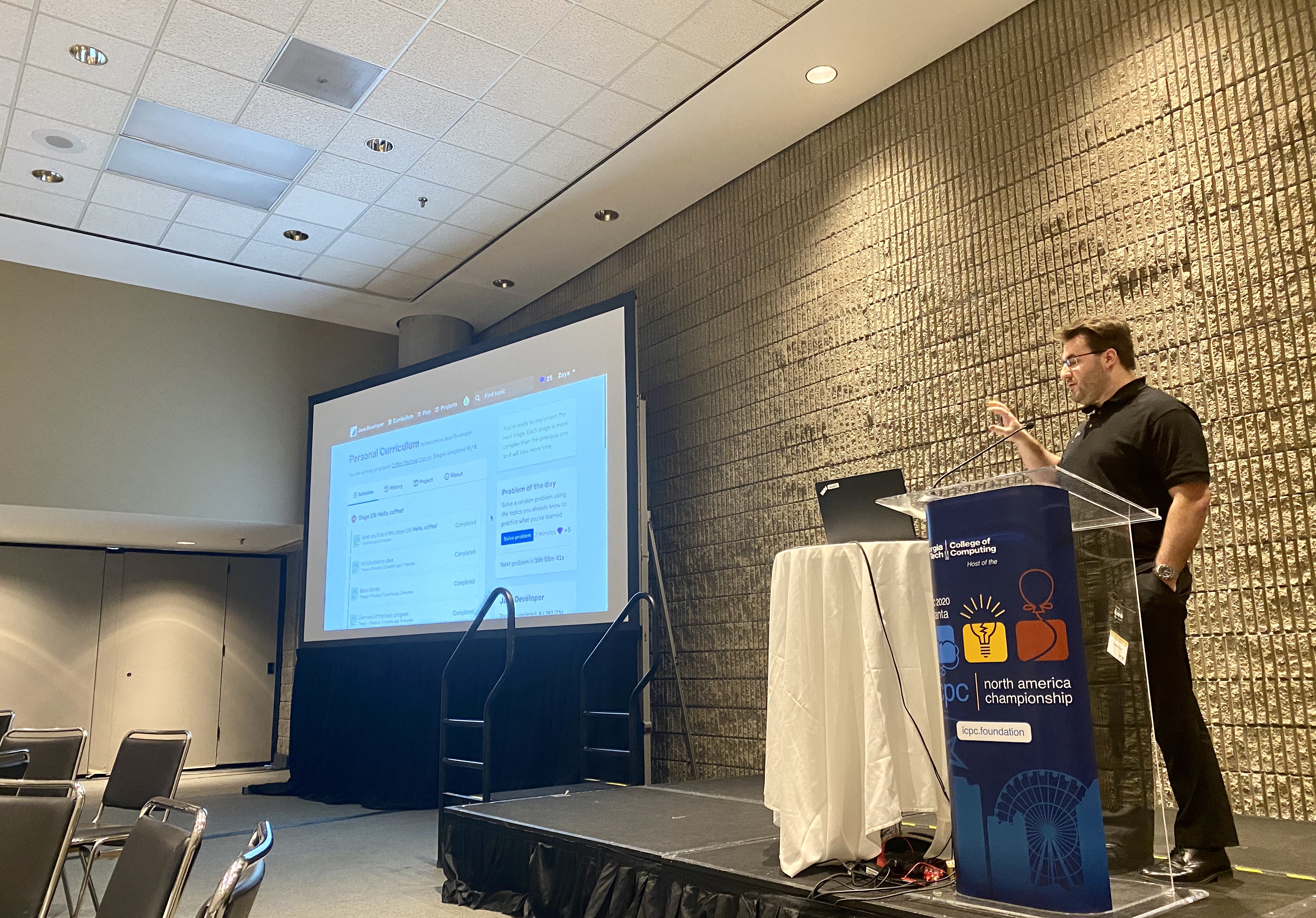 He provided an overview of the features and capabilities of the platform and described their uses for learning and teaching programming.

One of our central goals at the ICPC North America Championship was to meet teams using Kotlin for competitions so that we could share their experiences and help make Kotlin, already one of the official ICPC languages, more popular for competitive programming.
Some teams, including the NAC winners from MIT, used Kotlin during the practice contest. One of their team members also later became the third-place winner of Kotlin Heroes 3.

The team from the Milwaukee School of Engineering (MSE) used Kotlin for every submission throughout the contests. We had a chat with team member Nick Johnson about the factors that make Kotlin a great choice for competitive programming. Here are some takeaways about why the team from MSE chooses Kotlin for their coding challenges:

And, of course, we can’t forget to mention the winner of ICPC NAC 2020, the MIT team. Congratulations to the team and its coach, and also to every participant of this great and unique event! We were happy to be there with you! 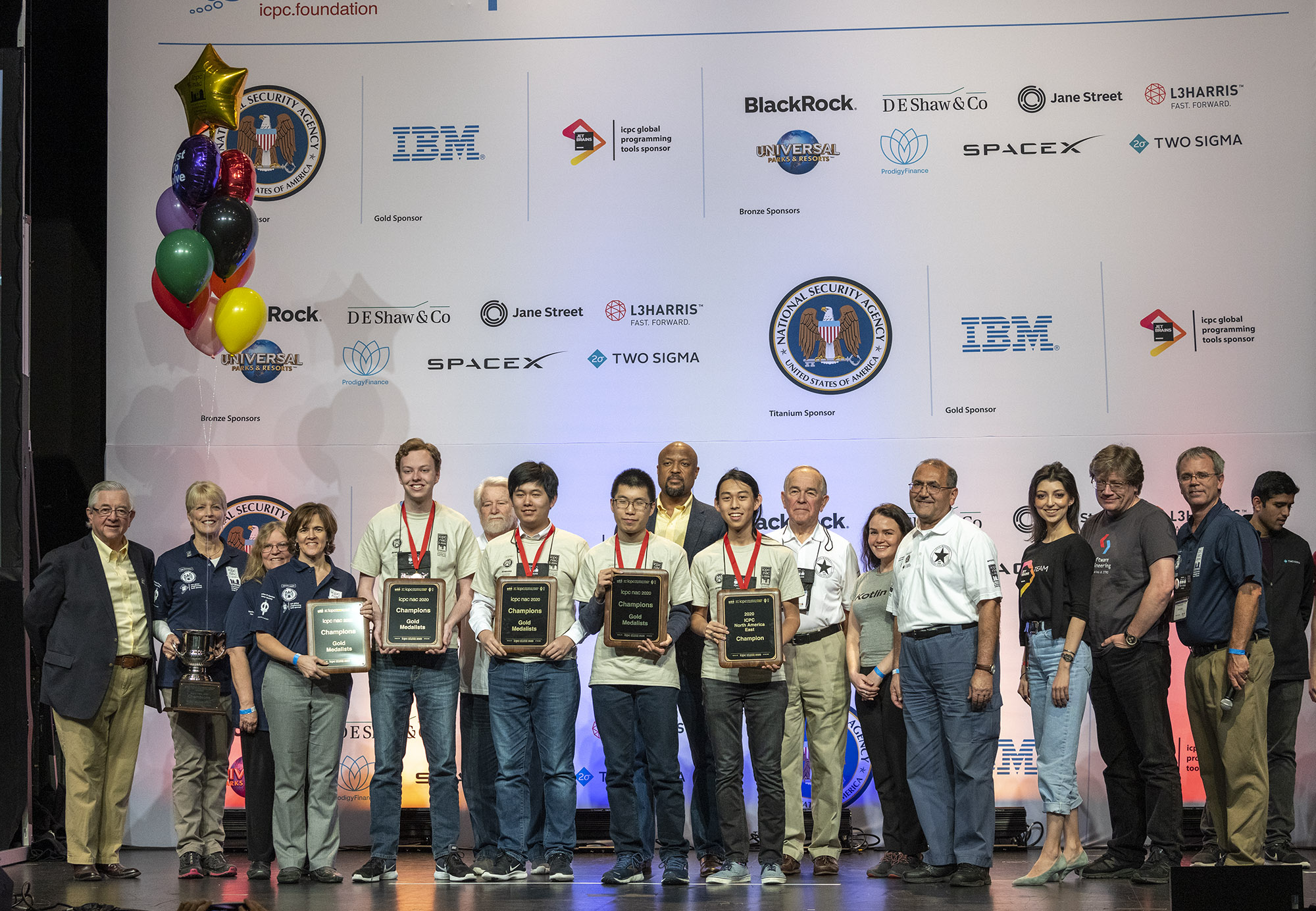 What on Earth Was the JetBrains Quest?

Software Development the JetBrains Way: Dogfooding and Other Key Principles

Kotlin Heroes 5: ICPC Round is Approaching