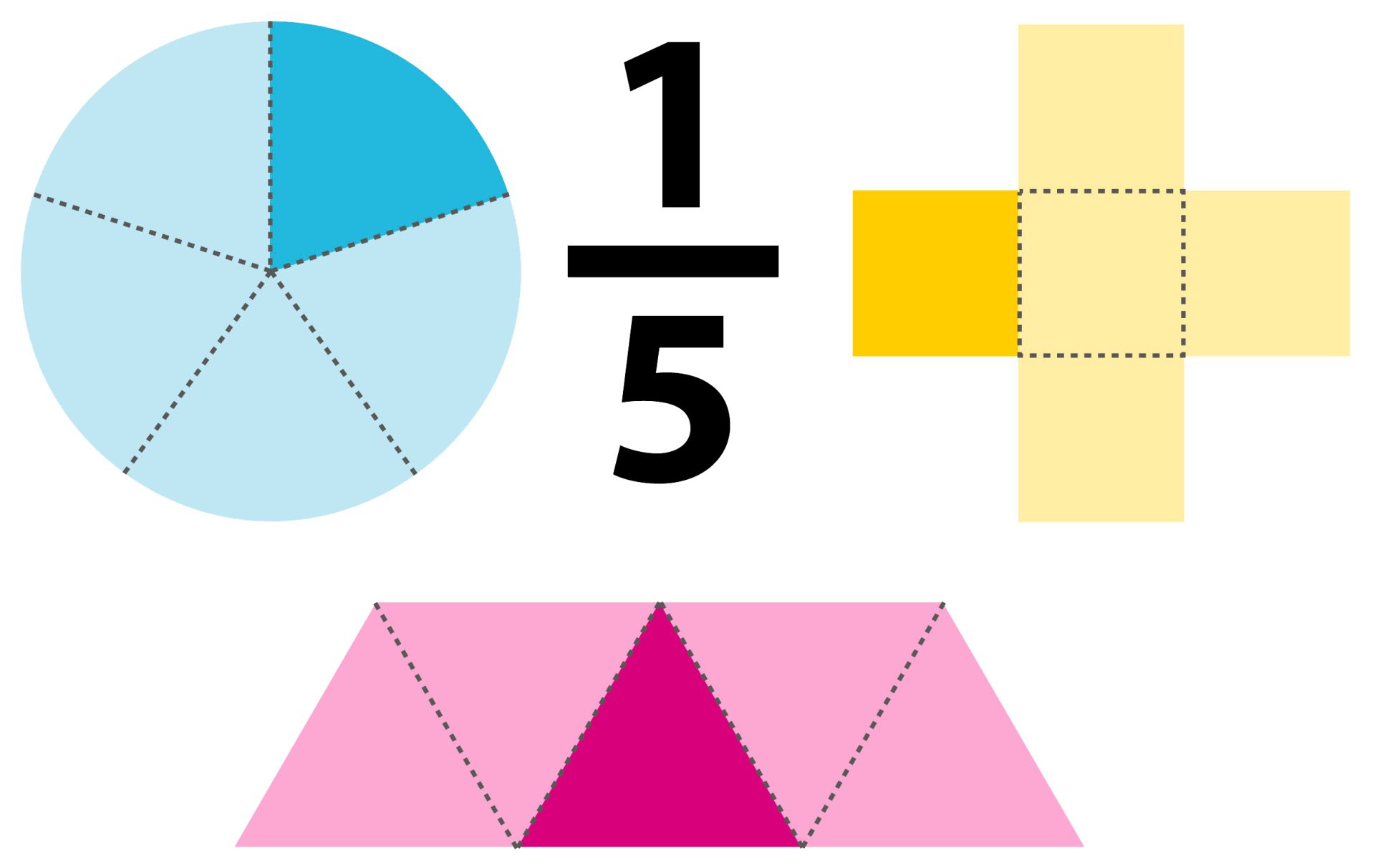 Kotlin 1.5.0-RC is available with all the features planned for 1.5.0 – check out the entire scope of the upcoming release! New language features, stdlib updates, an improved testing library, and many more changes are receiving a final polish. The only additional changes before the release will be fixes.

Try the modern Kotlin APIs on your real-life projects with 1.5.0-RC and help us make the release version better! Report any issues you find to our issue tracker, YouTrack.

In this post, we’ll walk you through the changes to the Kotlin standard and test libraries in 1.5.0-RC:

You can find all the details below!

The standard library includes the unsigned integer API that comes in useful for dealing with non-negative integer operations. It includes:

Namely, the new stable APIs are:

Here is a small example:

These extensions were introduced as an experimental feature in Kotlin 1.4.20, and are now available without an opt-in. Check out the

package for the list of functions that you can use.

The existing extensions for File API remain available, so you are free to choose the API you like best.

Locale-agnostic API for uppercase and lowercase

Many of you are familiar with the stdlib functions for changing the case of strings and characters:

. They generally work fine, but they can cause a headache when it comes to dealing with different platform locales – they are all locale-sensitive, which means their result can differ depending on the locale. For example, what does

”, you would say. But in the Turkish locale, the capital

, so the result is different:

Now there is a new locale-agnostic API for changing the case of strings and characters:

counterparts. You may have already tried its preview in 1.4.30.

The new functions work the same way regardless of the platform locale settings. Just call these functions and leave the rest to the stdlib.

The new functions work the same way regardless of the platform locale settings. Just call these functions and leave the rest to the stdlib.

On the JVM, you can perform locale-sensitive case change by calling the new functions with the current locale as an argument:

The new functions will completely replace the old ones, which we’re deprecating now.

function – was a common pitfall because it looks pretty similar to

on one-digit strings that produces an

presented by this digit.

Additionally, there was no common function that would return the numeric value

To solve these issues, there is now a set of new functions for conversion between characters and their integer codes and numeric values:

These functions have clear names and make the code more readable:

The new functions have been available since Kotlin 1.4.30 in the preview mode and are now stable. The old functions for char-to-number conversion (

and similar except for

Now we’ve made a number of

functions available on all platforms and in common code. These functions are:

and its return type enum class

, which indicates a character’s general category according to Unicode, are now available in multiplatform projects.

on a string “true” regardless of its case and

on all other strings, including

While this behavior seems natural, it can hide potentially erroneous situations. Whatever you convert with this function, you get a boolean even if the string has some unexpected value.

New case-sensitive strict versions of the String?.toBoolean() are here to help avoid such mistakes:

The experimental duration and time measurement API has been available in the stdlib since version 1.3.50. It offers an API for the precise measurement of time intervals.

One of the key classes of this API is

. It represents the amount of time between two time instants. In 1.5.0,

receives significant changes both in the API and internal representation.

value for the internal representation instead of

value. They are available for various time units:

, and others. These functions come to replace the

-based properties such as

Another change is a set of new factory functions for creating

instances from integer values. They are defined directly in the

Given such major changes, the whole duration and time measurement API remains experimental in 1.5.0 and requires an opt-in with the

Please try the new version and share your feedback in our issue tracker, YouTrack.

In Kotlin, the division operator (

) on integers represents the truncated division, which drops the fractional part of the result. In modular arithmetics, there is also an alternative – floored division that rounds the result down (towards the lesser integer), which produces a different result on negative numbers.

function. It now works exactly as its name suggests – it returns the modulus that is the remainder of the floored division.

operator). Modulus is the difference between

can have a different one. This can be useful, for example, when implementing cyclic lists:

Kotlin collections API covers a range of popular operations on collections with built-in functions. For cases that aren’t common, you usually combine calls of these functions. It works, but this doesn’t always look very elegant and can cause overhead.

For example, to get the first non-null result of a selector function on the collection elements, you could call

counterpart that produces null if there is no value to return.

Here is an example of how it can shorten your code.

Assume that you have a class with a nullable property and you need its first non-null value from a list of the class instances.

You can implement this by iterating the collection and checking if a property in not null:

Another way is to use the previously existing functions

builds an intermediate collection, which requires additional memory, especially for big collections. And so, a transformation to a sequence may be also needed here.

And this is how it looks with the new function:

We haven’t shipped major updates to the Kotlin test library

for several releases, but now we’re providing some long-awaited changes. With 1.5.0-RC, you can try a number of new features:

We’re continuing our development of the configuration process for multiplatform projects. In 1.5.0, we’ve made it easier to set up a dependency on

for all source sets.

dependency in the common test source set is the only one you need to add. The Gradle plugin will infer the corresponding platform dependency for other source sets:

Automatic choice of a testing framework for Kotlin/JVM source sets

Once you specify the

dependency in the common test source set as described above, the JVM source sets automatically receive the dependency on JUnit 4. That’s it! You can write and run tests right away!

This is how it looks in the Groovy DSL:

And in the Kotlin DSL it is:

You can also switch to JUnit 5 or TestNG by simply calling a function in the test task:

The same works in JVM-only projects when you add the

For 1.5.0, we’ve prepared a number of new assertion functions along with improvements to existing ones.

First, let’s take a quick look at the new functions:

Here is a brief example that shows the usage of these functions:

because these functions are now inline.

Bring all these modern Kotlin APIs to your real-life projects with 1.5.0-RC!

In IntelliJ IDEA or Android Studio, install the Kotlin plugin 1.5.0-RC. Learn how to get the EAP plugin versions.

Build your existing projects with 1.5.0-RC to check how they will work with 1.5.0. With the new simplified configuration for preview releases, you just need to change the Kotlin version to

and adjust the dependency versions, if necessary.

The latest version will be available online in the Kotlin Playground soon.

As with all feature releases, some deprecation cycles of previously announced changes are coming to an end with Kotlin 1.5.0. All of these cases were carefully reviewed by the language committee and are listed in the Compatibility Guide for Kotlin 1.5. You can also explore these changes on YouTrack.

Now that we’ve reached the release candidate for Kotlin 1.5.0, it is time for you to start compiling and publishing! Unlike previous milestone releases, binaries created with Kotlin 1.5.0-RC are guaranteed to be compatible with Kotlin 1.5.0.

This is the final opportunity for you to affect the next feature release! Share any issues you find with us in the issue tracker. Make Kotlin 1.5.0 better for you and the community!

Some examples which use the minimalist 3D Game Engine Kotlin Multiplatform game engine I’m building: MiniGDX. I can deploy a game for the JVM, the Web and Android.