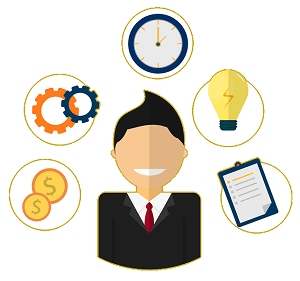 TL;DR: I am stepping down as the Project Lead for Kotlin. Roman Elizarov is the new Project Lead.

Kotlin has just had the 10th anniversary of the first commit which I made back in November 2010. In the last ten years we went from a few notes on a whiteboard to millions of users, and from a handful of part-time people to a team of about 100. I’m excited about Kotlin doing so well, thanks to every member of our wonderful community, including every person on the team at JetBrains, every contributor, every speaker and teacher, everybody active on Slack or StackOverflow. Together, we’ll make the future of Kotlin an exciting reality.

Personally, I’ve chipped in with ten years of doing my best. I worked on the design of the language along with Max Shafirov and many other great people who joined later. I wrote the first reference for the language, a big part of the first compiler front-end and the initial IDE integration. I managed the team as it grew bigger and bigger. It was an exciting journey that I’ll never forget.

Now it’s time for me to take a break and think about what I want to do next. I’m not a lifetime project type of person, and the backlog of ideas I’d like to explore is getting a bit too long, many of them outside of the realm of engineering and computer science. So, I’m stepping down as the lead of Kotlin passing the duty and privilege of driving the project to its further success to my excellent colleagues.

Roman Elizarov is the new Project Lead. This includes the authority to finalize all language-related decisions including new features and evolution/retirement of the old ones. Roman is an outstanding engineer and had influenced the design of Kotlin even before he joined the team. We’ve been working together for over 4 years now, and I value every minute of it. Roman is the mastermind of Kotlin coroutines and is now leading all our language research activities. I’m sure he’s a perfect fit for this role. With Roman as the Project Lead, Stanislav Erokhin in charge of the development team, and Egor Tolstoy leading Product Management, I know Kotlin is in good hands. My best wishes! Keep up the great work you folks have been doing all these years.

What’s going to change now for the Kotlin community? Nothing much, really. We’ve been preparing this transition very carefully, and don’t expect any noticeable bumps in the road. I will be in touch with Roman and the team as much as needed, will participate in strategy discussions, and share any and all of my knowledge and experience that the team might need.

JetBrains is 100% committed to Kotlin, and the Kotlin Foundation (created by JetBrains and Google) is doing great. With such a strong backing and such an outstanding community, Kotlin is bound to live long and prosper.

My best memories about the ten years of Kotlin are all about people. I’ve met extraordinary folks at JetBrains, among the early adopters, at Google, Gradle and Spring whom we’ve been partnering with so closely and fruitfully, among the KotlinConf speakers and all the passionate supporters we are so proud to have. I’m so grateful for having the privilege to know you folks, it’s the best part of Kotlin, if you ask me.

I will always remain loyal to Kotlin and our community, it’s a huge and beloved part of my life. You can reach me on Twitter or Kotlin Slack any time. Expect to see you folks in person when offline conferences are a thing again 🙂

All the best, and

Have a nice Kotlin!