By using this plugin you can:

The goal is to maintain the project structure in one place and unify the layout of iOS and Android project parts, while preserving all the flexibility that Kotlin Multiplatform Mobile provides.

In addition to Xcode, which is required to work with the iOS part, you will need to download the Android SDK. It should be automatically identified by the plugin and set in 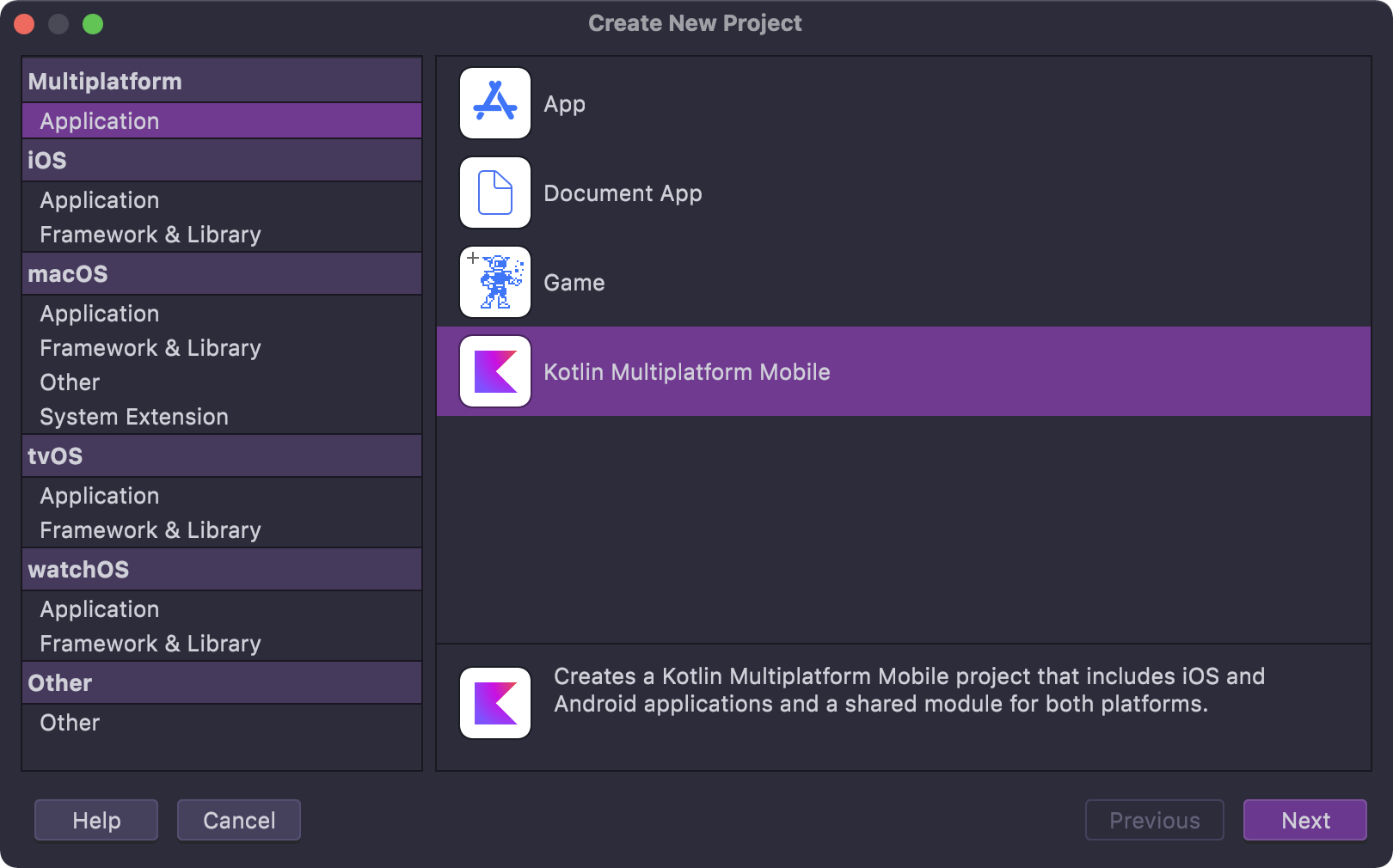 AppCode will create a minimal project with iOS and Android “Hello world!” applications. As you can see, the whole iOS application is inside the apple folder. The following minimal DSL is used to describe the project in the corresponding

Here we have some predefined properties, such as

target, that speak for themselves. We can also specify any custom build settings or product info keys in the following way:

The KMM plugin for AppCode provides the same code assistance as the Kotlin/Native plugin did previously. Cross-resolve between Objective-C/Swift and Kotlin works automatically and does not require rebuilding the project: 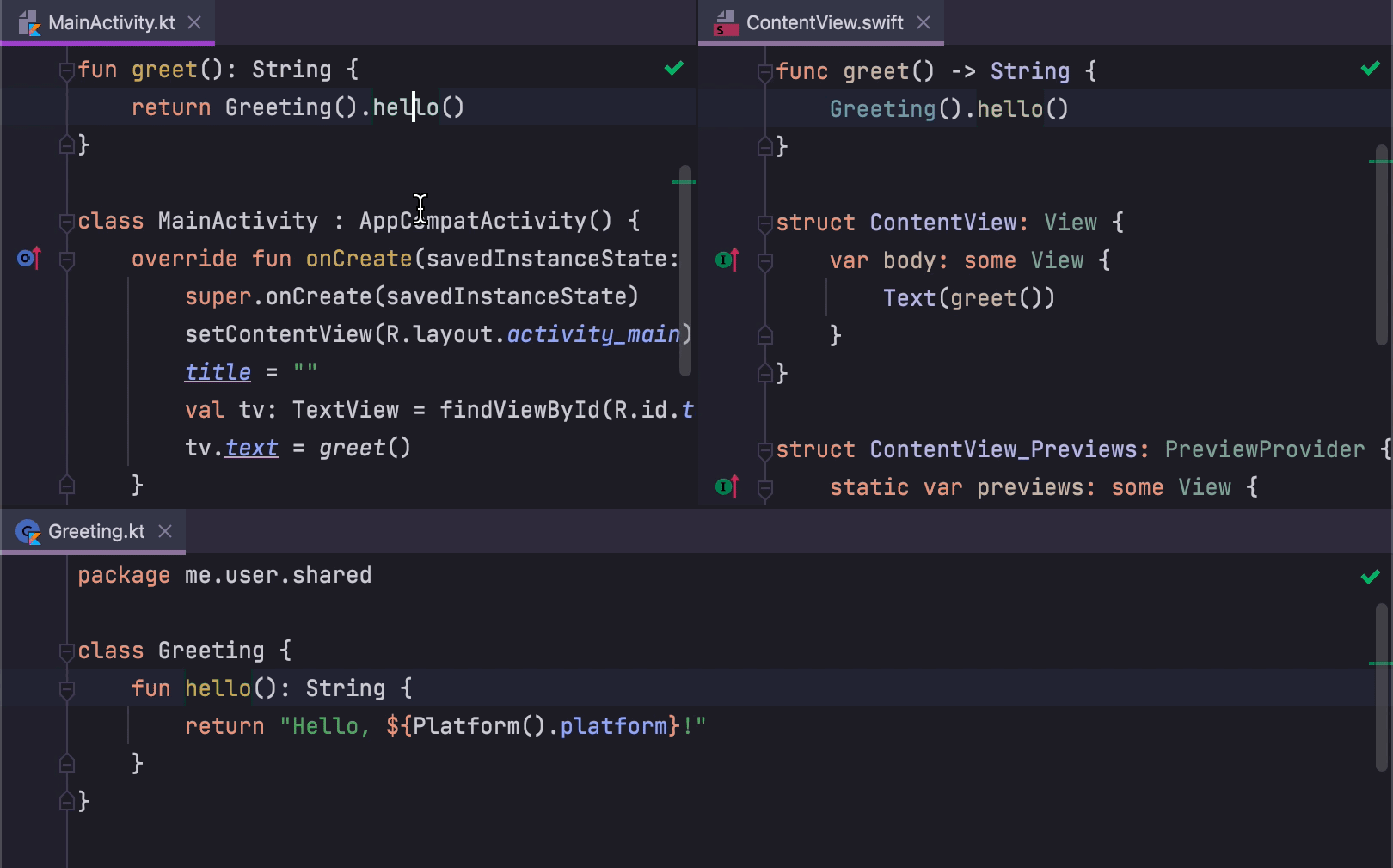 You can run and debug the Android or iOS part of your application by selecting the corresponding run configuration:

To build the iOS part, AppCode generates a temporary Xcode project and invokes the Xcode build system, so you can be sure that our Gradle project model will work the same as a regular Xcode project does.

If you set a breakpoint inside the shared code or the platform-specific part, the IDE will recognize them and will stop during debugging: 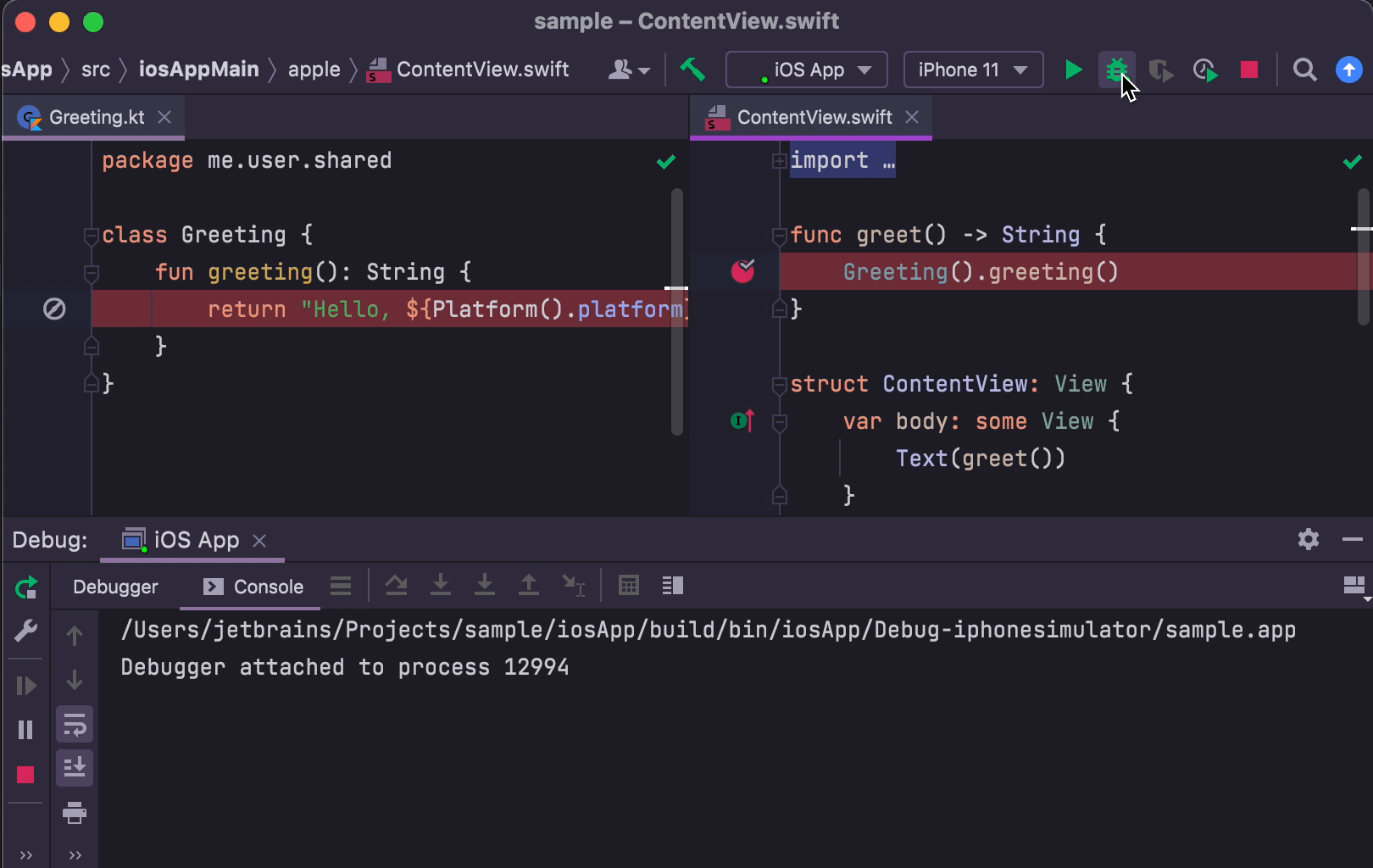 You can run and debug them (as well as separate tests): 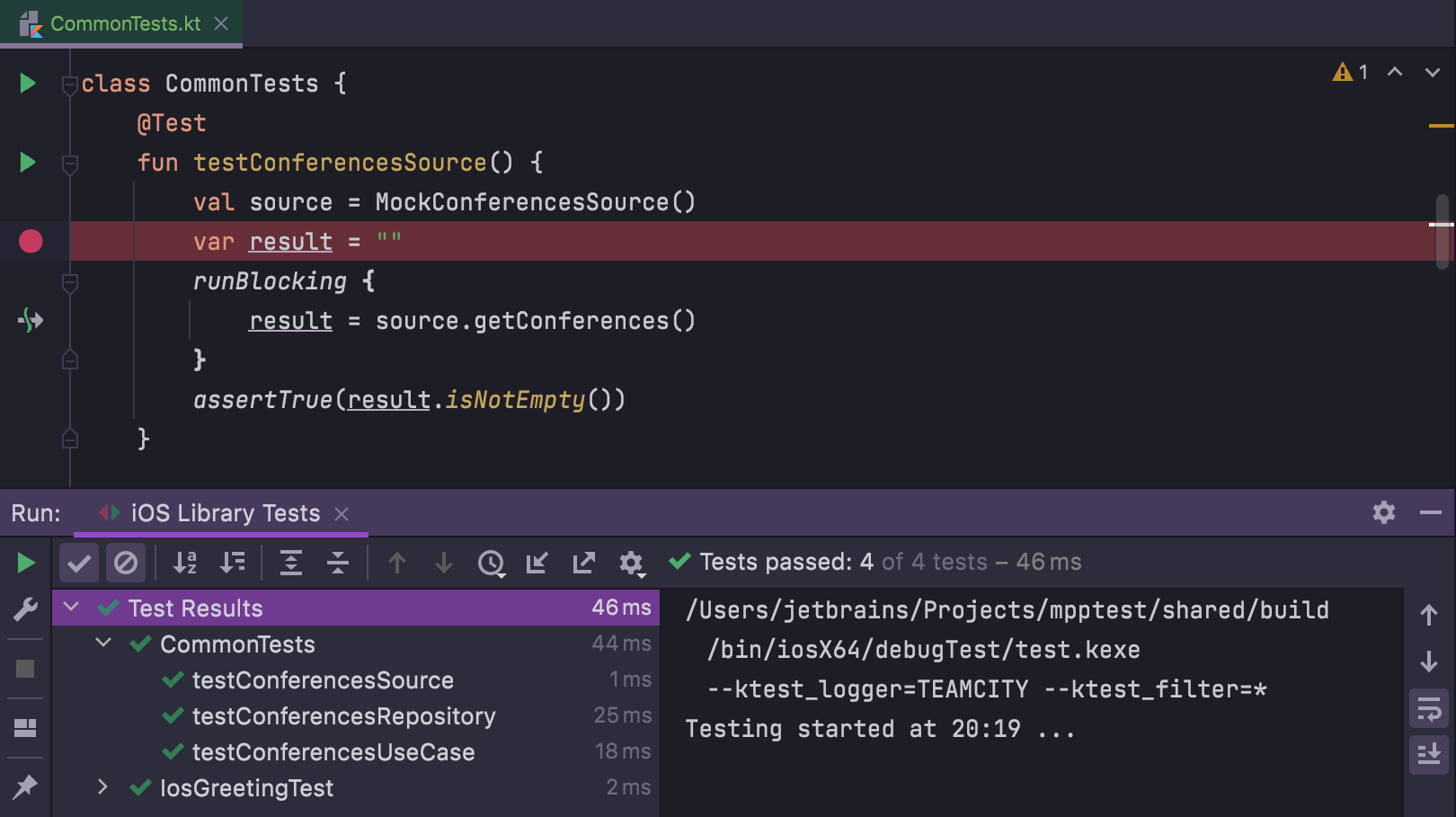 to the Gradle DSL to make it possible to easily connect existing Xcode projects with the common and Android parts.

We’re also considering integrating some platform-specific IDE functionality. But as a first step, we’re focusing on the language support and project model management to give you a first-class experience for writing your business logic.

That’s it! We hope this new plugin will help you develop your applications easier and faster. You can try it with AppCode EAP builds that are already available for download.

Should you have any feedback for us, don’t hesitate to use the comments section below, submit an issue or feature request to the plugin tracker, or ping AppCode support. Thank you!

Partner with JetBrains Space to Grow Your Business