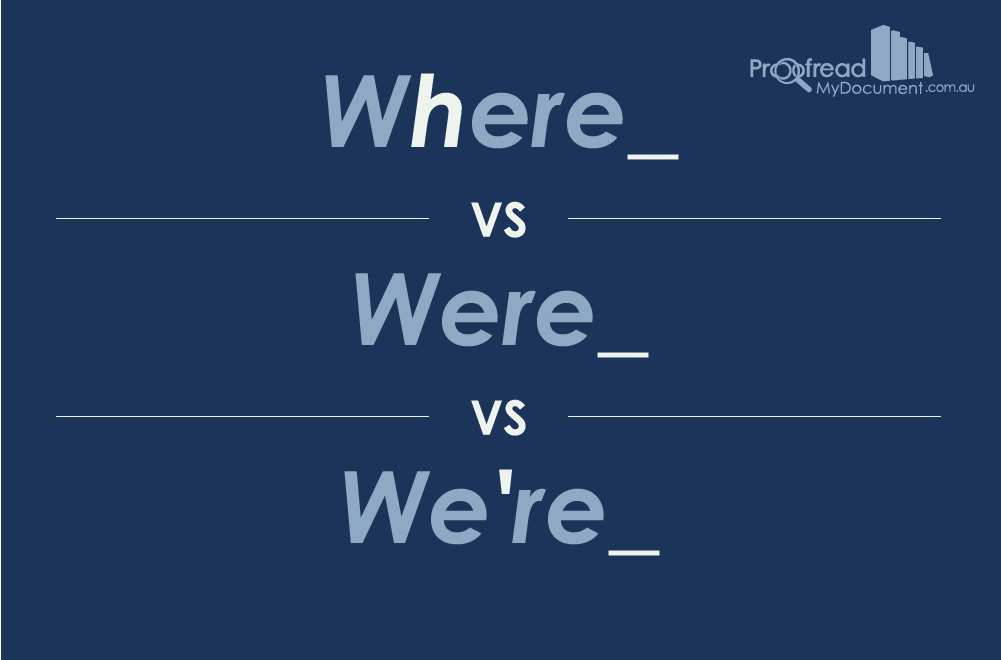 Many of you want to know about Kotlin’s future and what lies ahead. We often talk about the upcoming new compiler, focus on tooling quality and performance, and server-side and KMM experience, but the talks usually don’t give the full picture.

If you want to stay up to date and follow all of the team’s plans, review the Kotlin public roadmap. We’ve just updated it to reflect our plans for 2021 and beyond! This update covers how the language, tooling, and ecosystem will evolve in the upcoming year. You can choose whether to explore the updated roadmap yourself or check out nine notable highlights in this blog post.

3️⃣ Placing a bet on the WebAssembly

4️⃣ New Kotlin/Native garbage collector on the road to experimental

The new Kotlin compiler is a huge project that consists of rewriting the JVM and JS backends together with the frontend to the new architecture. When fully completed, the project should bring significant performance benefits, enable compiler plugin API support, and give us the opportunity to create new language features. We’ve just released the new JVM backend part of the compiler, and now we’re focusing on other pieces.

To get the performance boost, we need the new compiler frontend. We’ve been actively working on it for some time and are getting close to the Alpha release. At first, it’s going to support only the JVM target and work only on a specific subset of projects. When enabled explicitly, the new frontend will double the compilation speed!

The second focus is bringing the new Kotlin/JS backend to the Stable state. This requires implementing incremental compilation and sourcemap generation.

statement exhaustive? Jake Wharton even created a Kotlin plugin introducing an annotation that makes an

statement truly exhaustive. We hope that soon you won’t need it anymore!

We plan to introduce

, a long awaited feature with 230 votes in YouTrack. The specific language syntax isn’t ready yet, but the general idea is to enable the compiler to warn you about your

statement not being exhaustive. This will make your code safer without the need to introduce your own functions.

Check out our public roadmap to get a full picture of the 48 features that we’re focusing on right now!

3️⃣ Placing a bet on the WebAssembly

We believe that WebAssembly will become the new standard for creating rich web applications in the future, and Kotlin should be a perfect fit there.

That’s why we’ve decided to go all-in for Kotlin/Wasm! We’ve already started creating a dedicated team that will work on it full time. We plan to iterate on performance, work closely with authors of the WebAssembly GC proposal, implement basic Kotlin language features, libraries, and basic Gradle support, and add experimental JavaScript interop.

4️⃣ New Kotlin/Native garbage collector on the road to experimental

We’ve already prototyped most of the required components to create a simple garbage collector. The next step is to write a multithreading-capable garbage collector implementation. The first version will be slow, and thus not production-ready. But we still aim to release it to the public later this year to start gathering feedback. If you want to know more, Roman Elizarov just published the post that has much more detail about the current state of our garbage collector and future plans.

Prepare to say goodbye to your old buddy

, as you’ll stop seeing it every time you work with Kotlin/Native!

KMM is a cross-platform technology, so we want developers to enjoy using iOS-related tooling! Besides the Kotlin/Native memory model rework, there is a lot to be done. For now, we’re focusing on improving the Cocoapods integration UX and hiding the

Gradle build task from the default script to simplify project setup and the first time experience.

Pro tip: We have a special YouTrack board that provides a convenient way to see all the 48 features from the roadmap. Try it out yourself!

Apple Silicon adoption continues to increase. The Kotlin/Native compiler already works on this platform and can produce binaries for it. To help you fully enjoy Apple Silicon support in your projects, we’re going to support it in the Kotlin Multiplatform Gradle plugin and in all of the Kotlinx libraries.

Fast and smooth IDE support continues to be our priority. While our long-term solution to increase its responsiveness is the new compiler, we’re continuing to support our current tooling and find new ways of boosting your performance.

Kotlin plugin for IntelliJ IDEA and Android Studio uses more than 30 various indexes under the hood. We see many possible ways of improving code analysis speed and stability by refactoring the indexes system. Besides this, we also plan to significantly increase IDE Navigation and Find Usages speed.

Pro tip: The roadmap will have a large update every six months, with some possible changes after each feature release. If you want to follow a specific ticket, just vote for it, and you’ll get notifications when its status is updated. 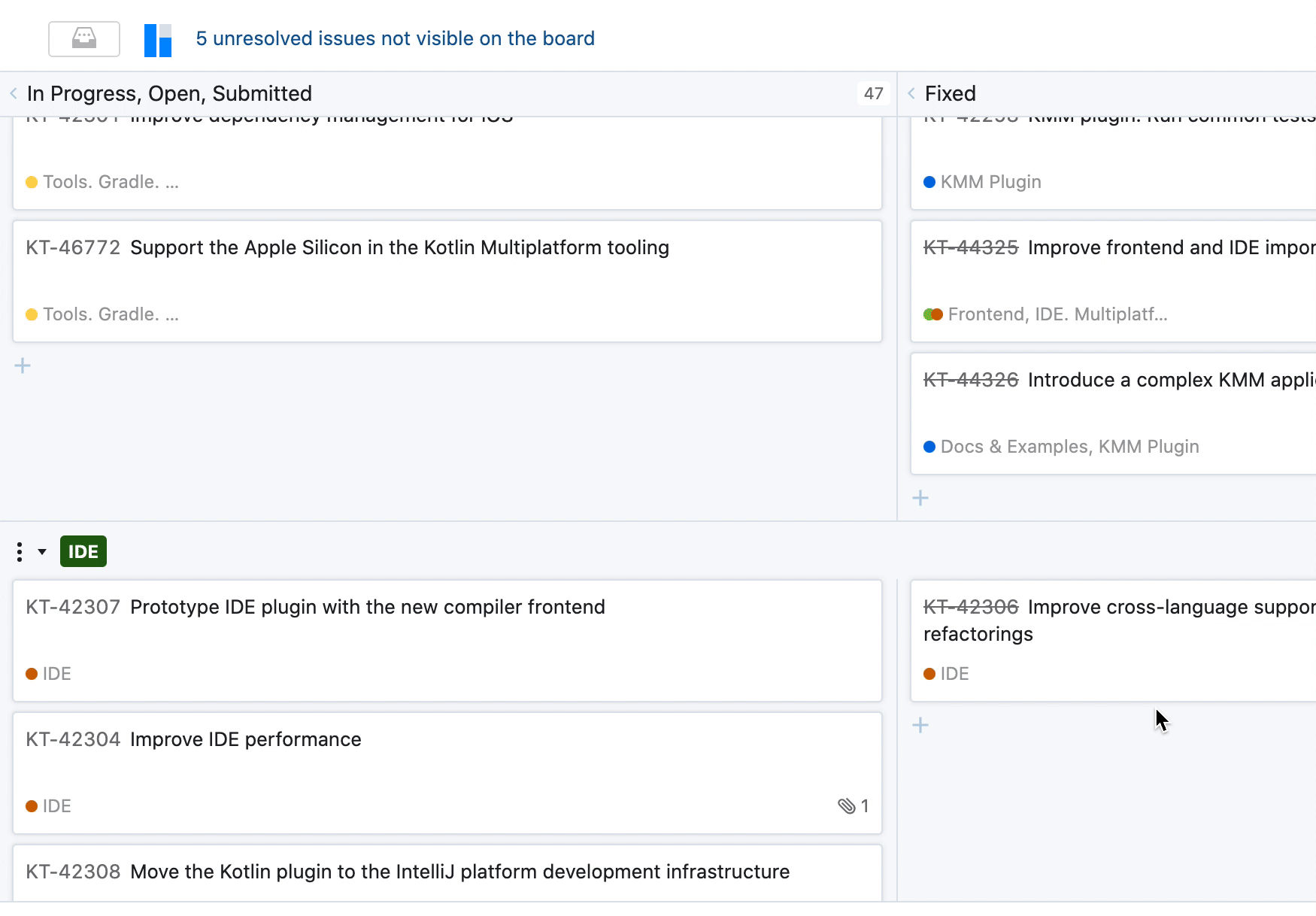 We’re continuing to improve standard and kotlinx libraries, such as coroutines and serialization. To name just a few improvements:

Have you noticed the new Kotlin logo? This is just a part of our new visual style project, where we updated our colors, typography, and identity. Now we plan to use this new style to update assets provided for Kotlin User Groups:

If you’re a user group organizer, we’d be very grateful for your feedback in this ticket about which assets you’re missing or any other information on how we can make your life easier!

We want each of you to be a part of Kotlin’s future. Your feedback and ideas are what gives our vision of the future a specific shape. We will continue covering our plans in our blog and YouTube channel, so subscribe to both, stay tuned, and share your thoughts and experience with us.

Pro tip: Subscribe to our YouTube channel not to miss a video about the top roadmap highlights!

Kotlin 1.5 Event Materials and the 10 Most Interesting Questions from the Q&A